Another direct, another colossal disappointment for Animal Crossing fans.

AT LEAST THAT’S WHAT I THOUGHT!

But Nintendo finally did it. After many disappointing directs, after which my Twitter feed was filled with depressed Nintendo fans lamenting the lack of support for their favourite franchise, Nintendo finally announced a new mainline Animal Crossing for the Nintendo Switch.

While that may have been the biggest announcement from the direct (“Animal Crossing” was top trending on Twitter an hour after the direct), there were plenty of other games announced to get you excited too.

Again, they were mostly ports or more information on previously announced games, but still lots to go through.

So here’s everything we saw in the latest direct!

Opening with a big one, Nintendo showed a brief trailer for Luigi’s Mansion 3 (working title) which is coming in 2019. A new mansion but same old Luigi jumpscares, and a ghost dog!

The only Wii port of the direct, Kirby’s Extra Epic Yarn will have all the original game’s levels as well as some new abilities. There will also be new modes including devilish mode which adds the challenge of outrunning a devil character (a la Celeste‘s Badeline stages) as well as new minigames that you let you play yarn versions of other Kirby characters like King Dedede and Meta Knight. It will only be playable in 2D and scheduled for a 2019 release. 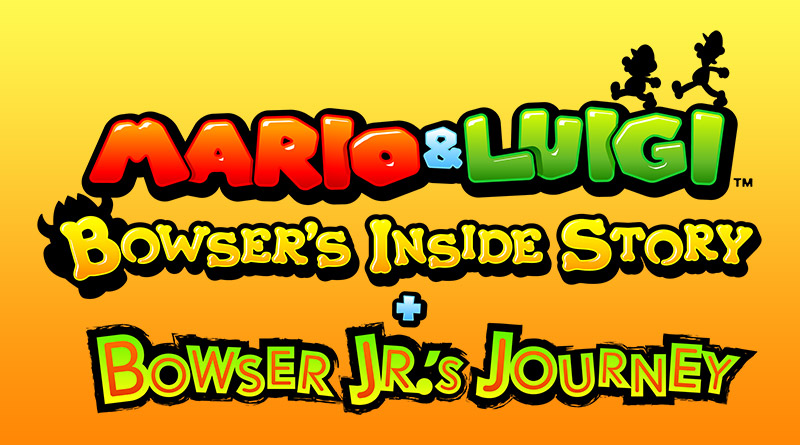 Previously announced at E3 2018, Mario and Luigi: Bowser’s Inside Story + Bowser Jr.’s Journey in addition to being the longest game title of the direct is a remake of the 2009 DS RPG. The game features a new story mode starring Bowser Jr. and will be releasing only playable in 2D on January 11, 2019. 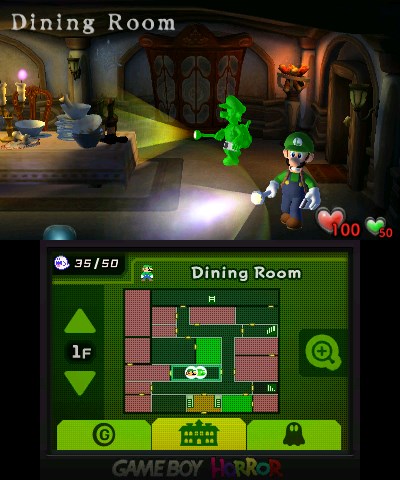 The original Luigi’s Mansion is still being ported to 3DS with an interactive map on the bottom screen, as well as the ability to play the campaign in coop with another player who owns the game. If only one player owns the game you can use download play to play boss mode. There’s also amiibo support with Boo (reveals hidden ghosts), Toad (fully heals Luigi) and Luigi (revives Luigi). This 3DS game actually let’s players use 3D and launches October 12, 2018. 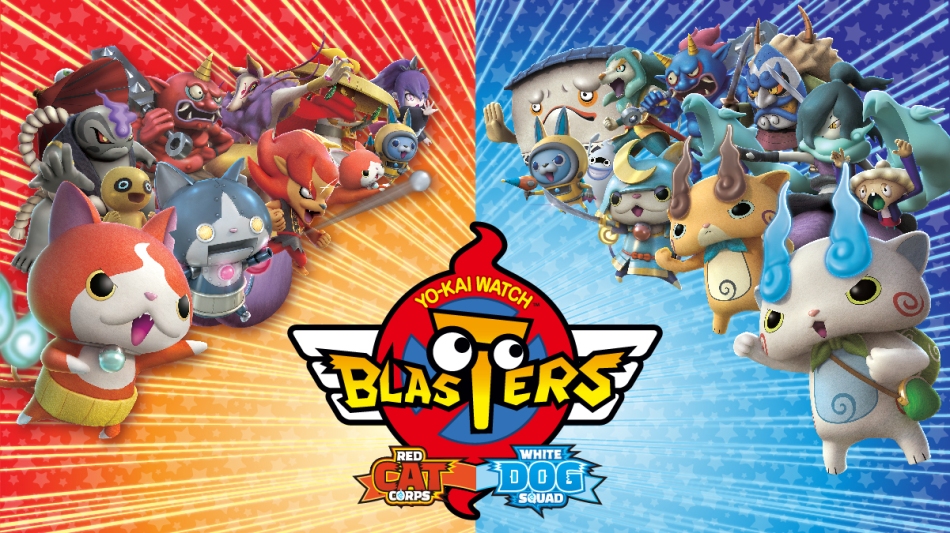 The next game in the YO-KAI WATCH series is now available for 3DS, with the Moon Rabbit Crew update coming September 27, 2018.

This was a weird trailer featuring weird metal music. I’m not really sure what they announced because nothing was in English, but it looks like new weapons and a new Turf War mode. For a full list of updates check out Nintendo Everything’s helpful article. 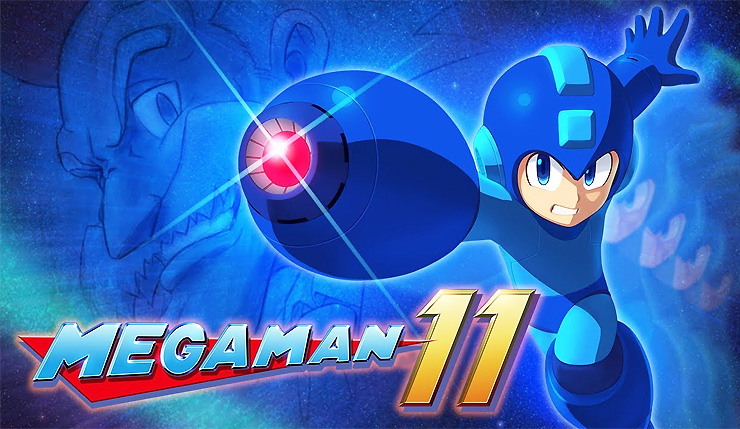 On the 30th anniversary of the series, Mega Man 11 is “gunning for greatness” (I hate PR) and supports both Mega Man amiibo which completely refill your energy which would be broken if you couldn’t still instant die if you fall off a platform. There’s a demo available now on the eShop and the full game releasing October 2, 2018. 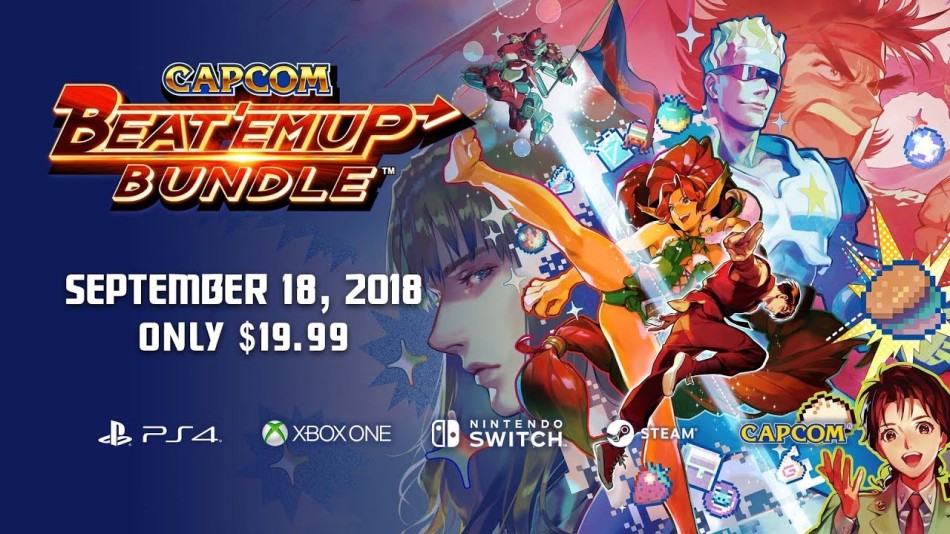 A collection of classic Capcom Beat em Ups including Final Fight, King of Dragons, Warriors of Fate, Armored Warriors, Battle Circuit to name a few. There will be 7 games total, some with 4-player online coop. You can pre-purchase now on the eShop, Capcom Beat Em Up Bundle releases September 18, 2018.

The Wii U launch title is being ported to Switch, and now the long-awaited feature fans have been clamouring for is here: you can play as Nabbit. Nabbit is essentially what Funky Mode was to the Donkey Kong Country Tropical Freeze Switch port, you fly through the stage and don’t take damage.

Players can also play as Toadette, Toad, Mario and Luigi. Toadette evolves in Peachette(?!), which is by far the dumbest name Nintendo has come up with in years. The game comes with Super Luigi U, which boasts 164 bonus courses, as well as 4-player coop. New Super Mario Bros. U launches January 11, 2019. 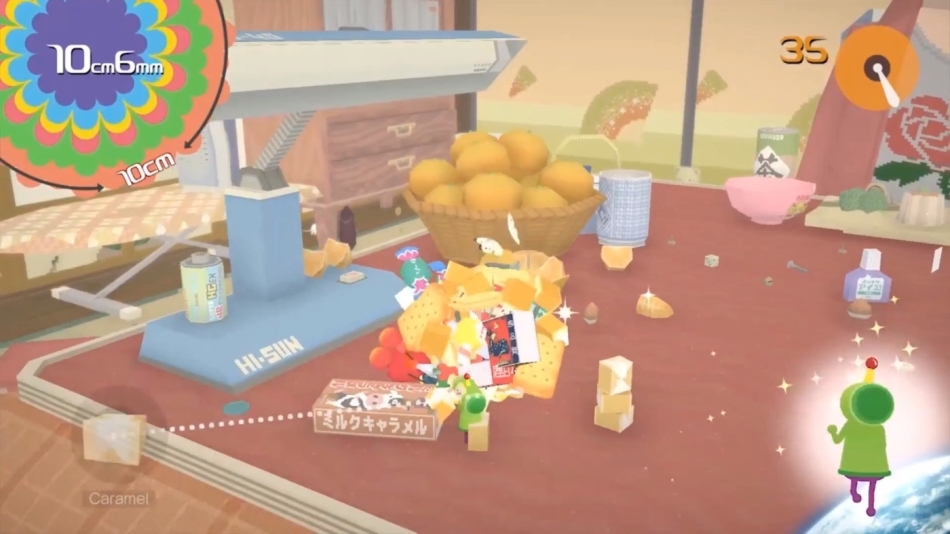 The PS2 cult classic Katamari Damacy is being remastered in HD for the Nintendo Switch. Take control of the Prince in his quest to build the garbage star in the sky. This remaster will support gyro, HD rumble, local competitive multiplayer and will be launching Winter 2018.

Nintendo highlighted five features that there new online service will have: Firstly being online play for some games like Splatoon 2 and Arms, among others. Although it won’t be required to play Fortnite online.

Second, the NES system will be available for Switch owners who subscribe with new games added sporadically, some featuring online and local coop for classics like Super Mario Bros.

Third is save data cloud storage for some titles, but unfortunately not major titles like Dark Souls Remastered, FIFA 19, NBA 2K19, Splatoon 2 and Dead Cells as well as potentially other games yet unannounced.

Fourth, Switch Online connects with Nintendo’s often maligned smartphone app which is STILL the only way to use voice chat on the Switch. The app supposedly “enhances certain games” with features exclusive to the app, although the only game demonstrated was Splatoon 2.

Lastly, Switch Online members get special offers on certain games I imagine will be similar to the discounts PlayStation Plus or Xbox Live Gold subscribers get on those digital stores. There were no announcements about what these “special offers” would be on the Switch.

Corresponding with the announcement that Switch Online would bring NES games to the Switch, Nintendo announced new NES controller JoyCons. These controllers are exclusively available for purchase by Switch Online subscribers and retail for $59.99 USD which means it will probably be about $79.99 CDN. (Interestingly the NES Classic is the same price.)

These controllers are available for pre-order on September 18, 2018.

Launching the same day as the game on November 16, 2018, this bundle will include the Poké Ball Plus accessory, a copy of either game and a special edition Switch console that has an Eevee and Pikachu coloured joy con as well as silhouettes of the characters all over the back of the console. 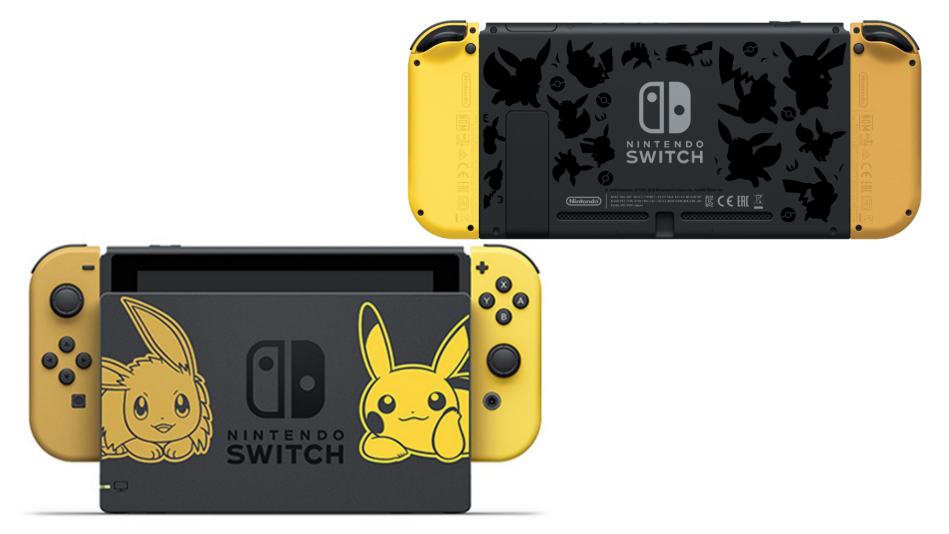 It’s currently unavailable for pre-order on Canadian retail sites and it’s unclear whether it will actually be available in Canada. 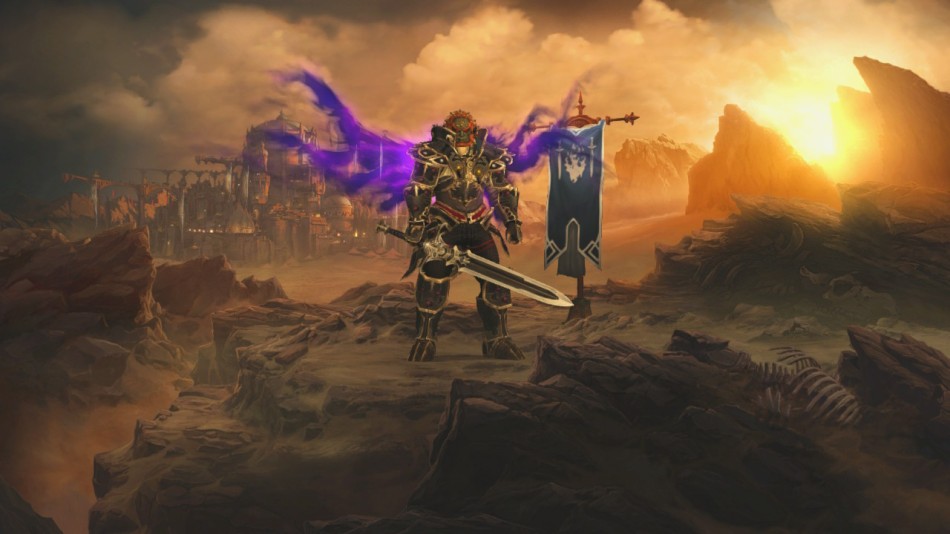 The critically acclaimed dungeon crawler RPG is getting online and couch coop on Switch, as well as a Switch-exclusive Ganondorf armour set. Diablo III Eternal Collection will also support every amiibo, which once tapped into the amiibo portal in-game will spawn new enemies with special loot. The game launches November 2, 2018, for $79.99 CDN on Switch and $49.99 CDN on PS4 & Xbox One.

The beloved Nintendo franchise is returning, with 4 player co-op mode for the first time. Super Mario Party will obviously make use of JoyCons, allowing for single detached JoyCons to more easily share the experience with friends. You connect two systems to make one screen on flat surfaces, and board game mode is back. There are 80 NEW minigames when Super Mario Party launches on October 5, 2018 (a few days before my birthday cough cough).

A rare game from Game Freak that isn’t Pokémon, Town is an RPG coming to Switch in early 2019 starring a village where monsters invade and humans must fend them off while using them in their party… kind of like Pokémon. The entire game will take place in this village according to the reveal trailer. 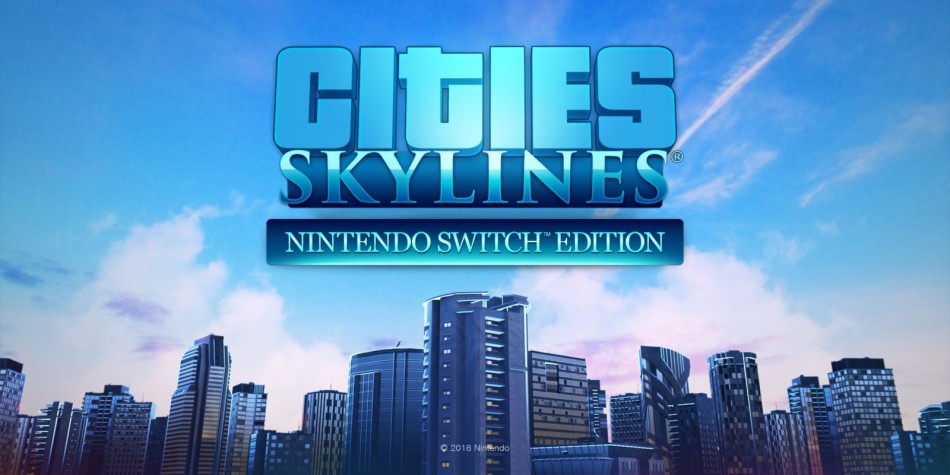 With both DLCs included, this bundle brings the city building simulator to the switch for $50.39 CDN digitally.

A mecha fighter, base building game in development by Senran Kagura developers Marvelous Inc. features changeup fighting between melee and projectiles while out on missions in your mech suit. The suits are reminiscent of Gundam, and you can even explore the field on foot. Daemon X Machina will be available exclusively on Switch in 2019.

Previously an untitled Yoshi game slated for 2019, it’s been revealed as Yoshi’s Crafted World and players can change the perspective in this side-scroller to solve puzzles and find collectables. They can even play every course backwards, in coop! Launching Spring 2019. 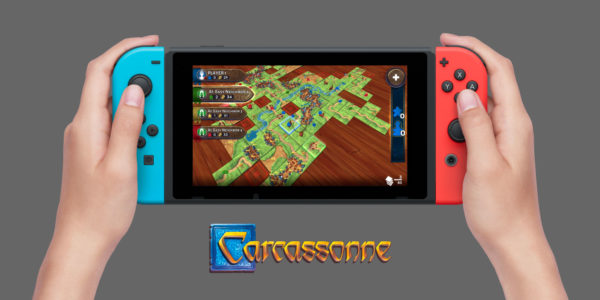 Asmodee Digital will be selling board games for the Switch. Starting with popular analog games Carcassone, Lord of the Rings: The Living Card Game and Pandemic and all its expansions. They also revealed that Catan and an original Munchkin dungeon crawler will be coming in the future.

Civ VI on Switch will support local 4 player multiplayer when it launches on November 16, 2018, for the Nintendo Switch. 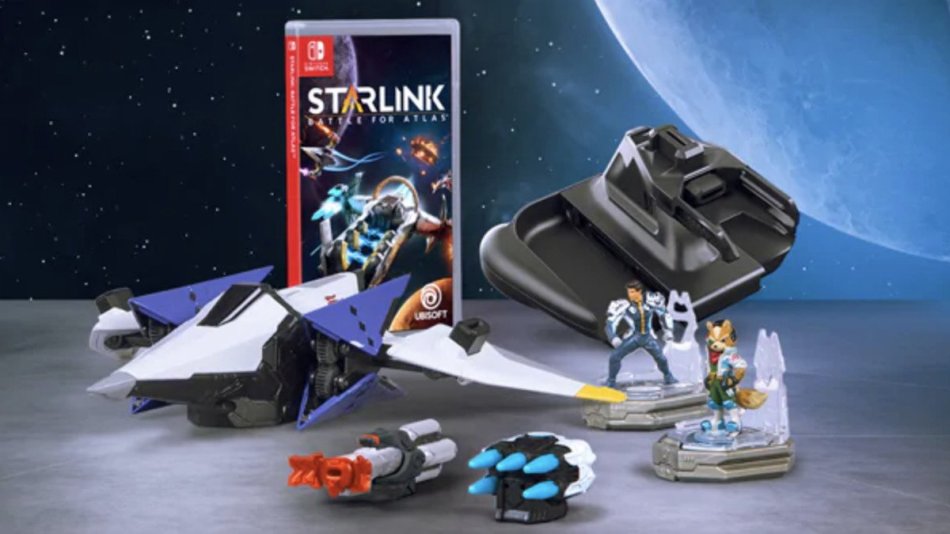 The World Ends with You Final Remix Still Coming to Switch

A New Day story, a remixed Shibuya, new monsters and new character the reaper will be part of this remaster when it launches exclusively for Switch on October 12, 2018.

This port is available now for owners of the Xenoblade Chronicles 2 expansion pass, available for everyone else on September 21, 2018. 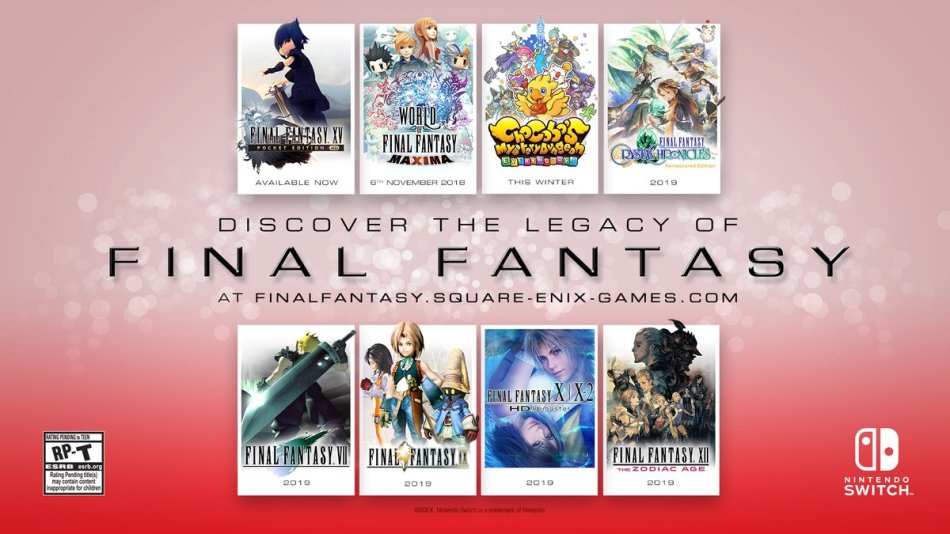 All these Final Fantasy remasters are coming to Switch in 2019. A special edition Switch console and JoyCons will be available for purchase on November 2, 2018, the same day the GameCube Controller adapter and special edition GameCube controller launch. The full game launches December 7, 2018. 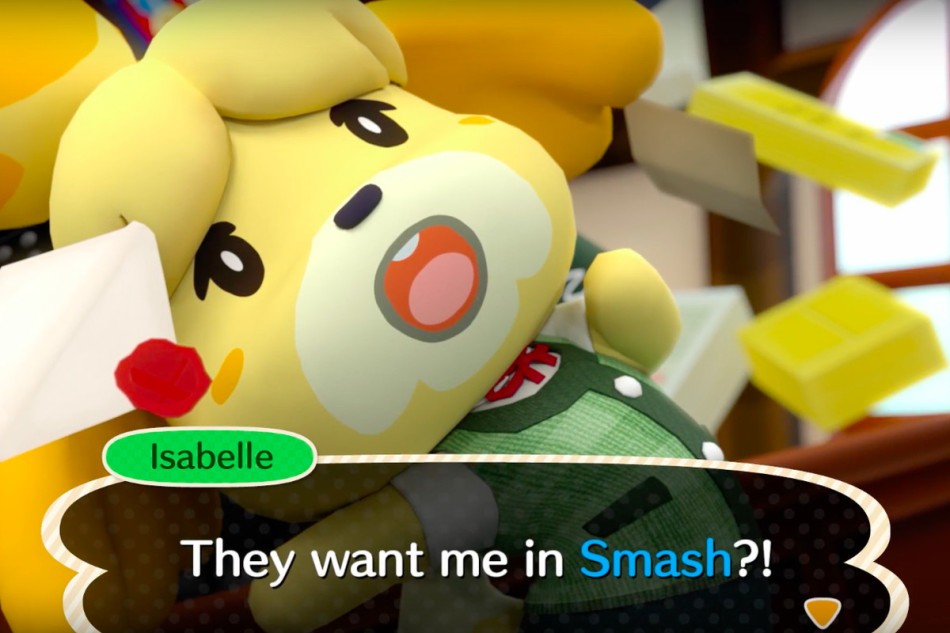 In an incredibly cute reveal, Isabelle has been called up to the big leagues. The star of Animal Crossing New Leaf, the most successful Animal Crossing game and the best Smash fighter on Twitter, will be the 68th character on the Super Smash Bros. Ultimate roster.

Now leaves the biggest question on anyone’s mind: who will be Smash Fighter 69?

With Isabelle gone, it’s up to Tom Nook to save us all from the incredibly stressful hellhole that is modern society. And he’s doing just that, singlehandedly bringing us a new Animal Crossing game in 2019 for the Nintendo Switch. Thank-you, Tom.

That’s that! The internet lost its goddamn mind over Animal Crossing and the future looks pretty fun for Switch and 3DS owners.

What did you think of the direct? What has you hyped or what did you wish got announced but didn’t? I’d love to hear about it in the comments!