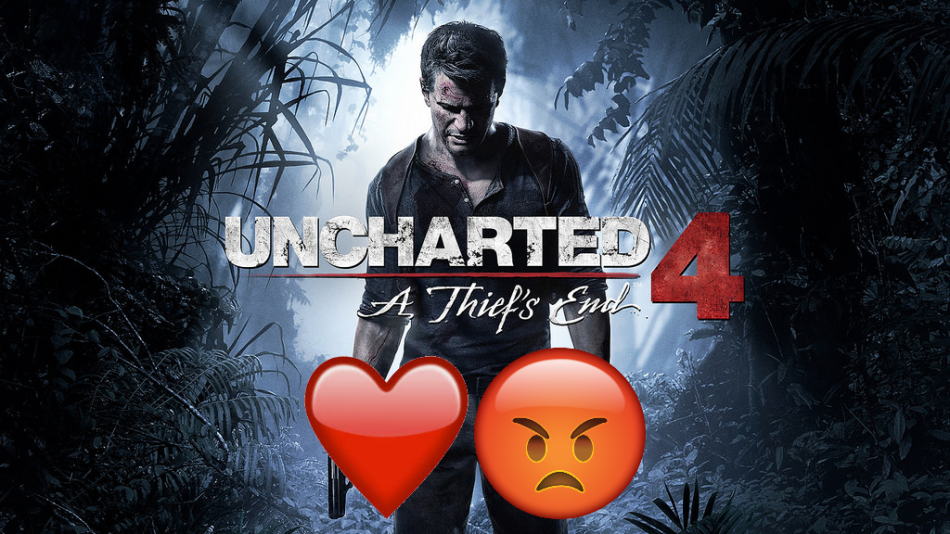 Spoilers for Uncharted 4: A Thief’s End.

I have a love/hate relationship with Uncharted 4. For me, Uncharted 3: Drake’s Deception is one of the greatest games of all time and I stand by that. I was unbelievably hyped for Uncharted 4 since I saw that very first trailer at PSX 2013. In the ensuing 3 years of waiting and getting more excited, I eventually reached a point where it could never live up to my expectations. So when I was finally let into EB Games after waiting for it to open, got my copy and cradled it all the way home, I was already setting myself up for disappointment. 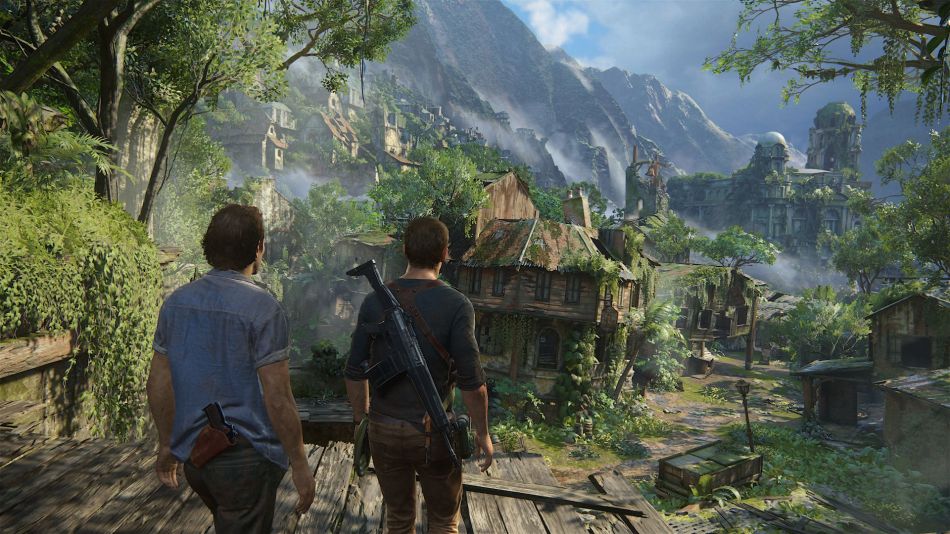 Technically speaking, Uncharted 4 is the best game I’ve ever played. It’s visually superior to any video game that’s ever come before, on console or PC. The character models, animations, environment design and cinematic brilliance of Uncharted 4 makes it one of the best games ever made. It’s the best playing of any Uncharted game, and it’s very obvious that Naughty Dog drew from in The Last of Us to design Uncharted 4’s stealth encounters, an area the series has been lacking since the start. We see The Last of Us’ influence in other areas of the game, from optional conversations to boosting people over your shoulders and moving crates on wheels, it’s a lot of recycled animations and mechanisms. While I didn’t particularly mind this it definitely felt like an experience I’ve had before.

It Hurts because I Care

What really bummed me about Uncharted 4 is its story. I am very invested in these characters, and after four games (if you count the Vita one, which I do), I care about Nathan Drake and Elena Fischer, and if anything ever happened to Sully I’d cry. That’s why I was so disappointed with the way they were treated in this game. From the get go, Drake ignores the two most important people in his life, Elena and Sully, when his shitty brother Sam shows up out of nowhere after 15 years and convinces him to ditch them. Sam is an incredibly lazy plot hole and Nathan’s relationship with Sam felt so uncharacteristic, it really made me dislike him. And when Elena does confront him midway through he brushes her off as she’s crying and lets her leave. Nathan Drake is a piece of shit in Uncharted 4 and I can’t get over how fundamentally they screwed his character.

All of these story and character issues are in no small part the result of the change in direction mid-development. The Uncharted 4 we got in 2016 is not the Uncharted 4 that was originally written and planned by the talented team at Naughty Dog. Midway through development lead writer Amy Hennig, series writer on all the Uncharted games, was let go as was director Justin Richmond who directed Uncharted 3. These two core developers were replaced by Neil Druckmann and Bruce Straley, the leads on The Last of Us. At this same time, it was announced that the voice of Sam, Todd Stashwick, was being replaced by Troy Baker who worked with Neil and Bruce as the voice of Joel in The Last of Us. This shift in leadership saw fit to employ digital blackface with the casting of Laura Bailey as the South African militia leader Nadine Ross. With this monumental shift in direction, it was also announced that months and months of work were scrapped and being redone under the new leadership. This is no doubt when everything got messed up.

Character issues aside, I have to admit I loved the pirate treasure hunt that is the backdrop to Nate’s adventure. Nate has always been a treasure hunter, but has never gone after pirate treasure. But it felt so right to clamber over sunken galleons, dive into colourful coral reefs and sail through the tropical oasis that is the Southern Indian Ocean in search of pirate plunders. It seems so obvious now but it was the last logical place the series could go, after Tibet and the Rub’ al Khali desert. Madagascar and the Indian Ocean are absolutely gorgeous and the team should be applauded for their impeccable attention to detail in the environments through which we travel. Until we blow them up, that is. 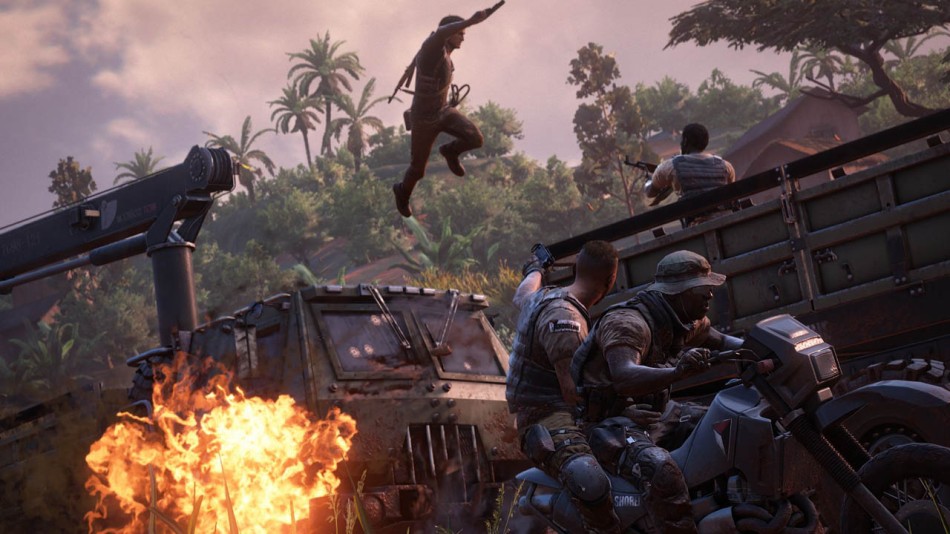 And that’s another sticking point for me I’m not sure there’s a real answer to. Nathan Drake has always been a point of debate among video game critics. At this point he’s murdered thousands upon thousands of men, he should be a brutal, senseless killer. But he’s not, he’s a lovable, goofy guy with a fun sense of humour. This is a situation in game design known as Ludonarrative Dissonance: when the gameplay and story fail to come together in a believable way. Funnily enough, it’s also the name of a trophy in the game for killing 1,000 people. While we are all pretty much numb to it after four Uncharted games it still persists as an unresolved, maybe impossible to resolve, issue. 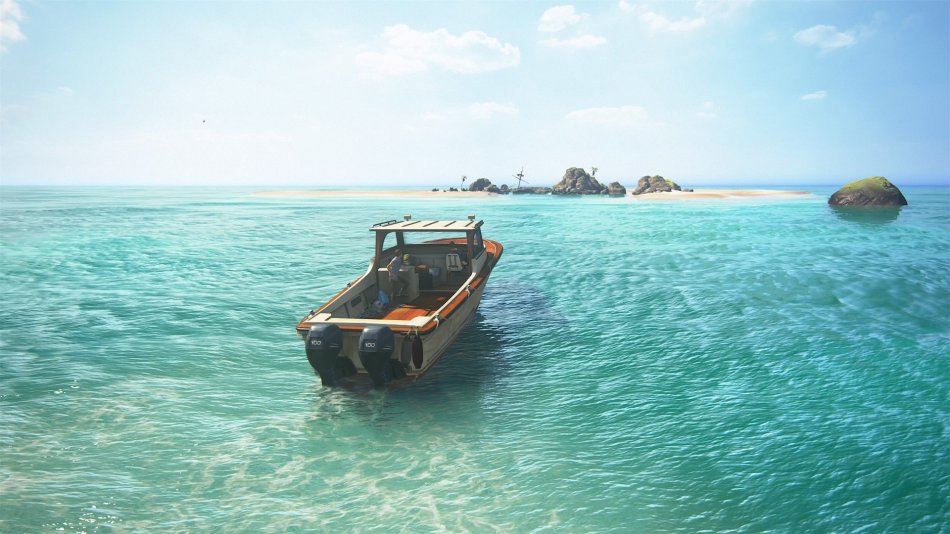 Uncharted 4: A Thief’s End is not the game I wanted. It’s the game I got and while I had a lot of fun swinging around shooting stuff and solving puzzles, I had a lot of trouble forgiving the way this game treats my favourite characters. I will never get a chance to play the Uncharted game Amy Henning wanted me to play, I instead got the game Neil and Bruce rewrote. While the epilogue remains a perfect conclusion to Nate’s adventure, one of the most satisfying endings to a franchise ever, I will always wonder what could have been.