As I discussed in my piece on mental health in popular culture, mental illness is more often than not presented in films, books and games as something to be feared. Characters like the Joker, Hannibal Lecter, Vaas and others all embody the “mentally insane” crutch that writers use to explain a character’s motivations. Rather than create an actual backstory that explains a character’s motivations writers just make the character “mentally insane” and think that’s enough to justify their actions. The association of mental illness with violent behaviour is a falsehood that video games have perpetuated for decades. There are countless games that rely on fear of the mentally ill to motivate players to hide from, beat up and even murder said mentally ill characters. There are some games however that do work to combat the gross misunderstanding of mental illness by the general public. Let’s take a closer look at some games that handled mental illness poorly as well as the games that handled it well.

Games that did it poorly: 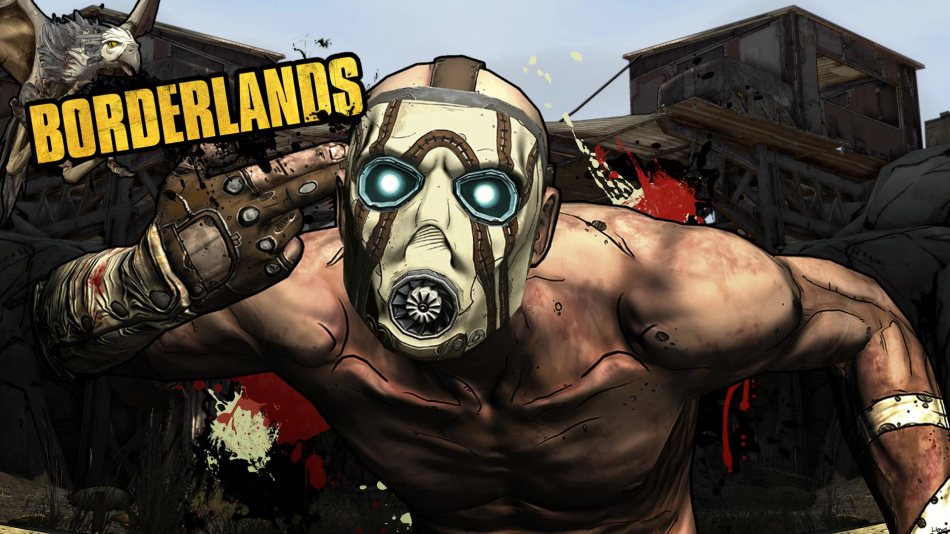 Right off the bat Borderlands begins harping on mental illness as the primary motivator for its characters’ violent, horrific actions. The game’s box features a character known as the Psycho putting a hand gun to his head in some form of suicidal intimidation. All of the characters in the fictional world of Pandora are crazy, unhinged people with a thirst for violence. There is little to no character development outside of a few lines about a disturbed past or a loss of a loved one to motivate these characters to mercilessly kill hundreds of people. Their main motivation is their mental illness.

Outlast is one of the most horrific portrayals of mental illness in any game I’ve played to date. The inmates of Mount Massive Asylum are all the most extreme, most dangerously violent characters they could possibly be. They’re presented as monsters, the most terrifying presence in the whole game when in reality they’re people with mental illnesses presented as grotesque monsters in order to elicit fear. It’s a lazy premise, an excuse not to have a single developed character in the whole game.

BioShock (Irrational Games)
BioShock is one that I will most likely receive a lot of flack for. After all, who am I to judge what is regarded as one of the single greatest narrative experiences in t

he history of video games? But I implore you to think more deeply about the motivations of the characters in BioShock. Take Sander Cohen, for example. The bunny-ear-wearing artist players encounter early on is described as a madman with schizophrenia, sadistically impassive to the deaths and suffering of others. The game implies that because of his mental illness that he is okay with brutally torturing and murdering other people. This is not an examination of a person’s capability for evil but instead it is an excuse for having a character commit acts of great evil without any guilt or second thought. Cohen’s mental illness is presented to the players as the reason to be feared. It’s another example of perpetuating mental illness as something that should be avoided and even reacted to with violence when in reality it is something that needs to be diagnosed and treated. 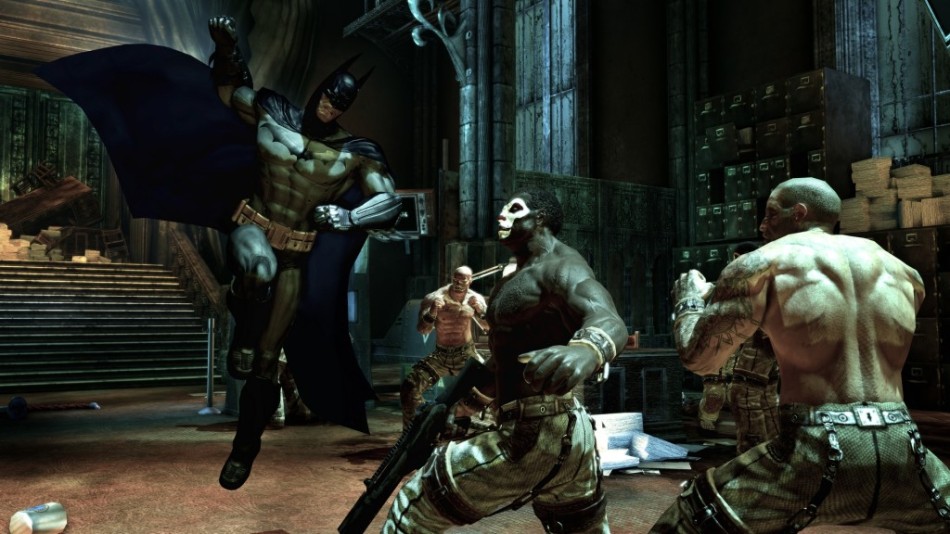 Arkham Asylum is home to Gotham’s most criminally insane. The inmates of Arkham are all murderous villains, humanity’s worst of the worst. They have no scruples, no redeeming qualities, no reason for the player to care about them at all. And being kept in Arkham Asylum means that they also have a mental illness of some kind and that’s why it’s okay to hurt them. After all, it’s what they’d do to you, right? Wrong. There is little to no correlation between having a mental illness and being more likely to act violently (according to the Canadian Mental Health Association). There is actually a greater likelihood of someone with a mental illness being the victim of violent acts. We see this in Batman: Arkham Asylum where Batman literally spends the entire game breaking the bones and smashing in the faces of the mentally ill inmates. How’s that for perpetuating misunderstandings about mental illness?

Games that did it better:

Eternal Darkness is a very interesting game in how it tackles mental illness and specifically a person’s sanity. Instead of having other characters and villains bear the mental illness the player is the one who deals with it. Throughout the game the more the player encounters monsters and endures horrifying situations the more they feel the effects. Dubbed “sanity effects”, the player experiences different things throughout the game depending on how many monsters see the player. These effects depend on the player’s sanity meter when entering a room. The more depleted the meter, the more likely they will experience a sanity effect and the more sever it will be. Instead of presenting mental illness as something to fear, Eternal Darkness presents mental illness as something the player must account for and accommodate. It’s a resource that has to be accounted for like ammunition and health. This is how developers, of horror games especially, should use mental illness in their games. 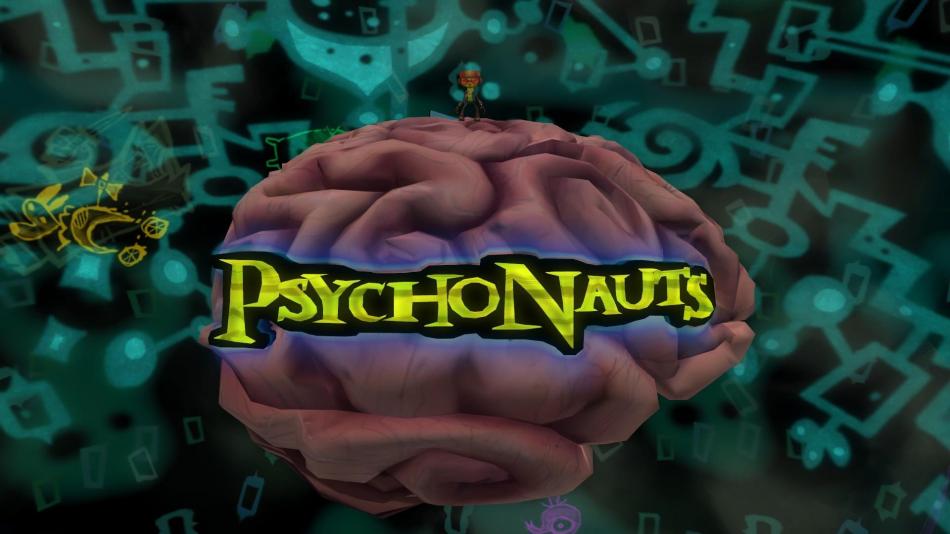 Psychonauts tackles the often avoided topic of mental baggage and how harbouring mental baggage can lead to difficulties in a person’s life. The characters in Psychonauts are all struggling with something, whether it’s their own insecurities or something from their past that’s been weighing on them to an actual mental illnesses that developed from an unhappy, unhealthy childhood. The presentation of these mental issues are all very delicate and thoughtful. Each character has his or her own mental world. Raz, the protagonist, enters each world and attempts to help the character come to terms with their mental issues. This process of working through issues together is a healthy and appropriate approach to mental illness, one that games never consider. Not once is a character’s mental issues used as a buttress for violent behaviour in Psychonauts.

e like health or ammunition, Don’t Starve pushes players to play in a way that will keep them mentally healthy in a world that is constantly trying to make them give up. There are three main resources the player must keep above zero to stay alive: hunger, health and sanity. Their sanity is represented by a brain. Don’t Starve realizes what most games do not: existing in a world that is constantly trying to kill you and where you must kill other things to survive will mess with your head. By acknowledging this and presenting it to the player as something they need to acknowledge in order to survive, Don’t Starve becomes an excellent use of sanity and a representation of the development of mental illnesses.

Spoilers! The Game Theorists have a wonderful video that explains Until Dawn’s handling of mental illness. Paraphrasing what they produced here is why Until Dawn is a game that did it right. 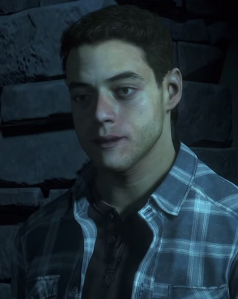 The character of Josh in Until Dawn is one of the most accurate, most realistic portrayals of how severe mental illness actually manifests itself. Through the notes and audio recordings as well as the in between chapter encounters that Josh has with Doctor Hill the player quickly learns that Josh is suffering from a mental illness cause by the death of his sisters. This mental illness has been misdiagnosed as depression, when in actuality Josh is suffering from schizophrenia. Josh’s situation represents the flaws in our society. He is being treated for the wrong mental illness, as many people unfortunately are. This mishandling of Josh’s mental is a reflection of the failure in our world to address and properly treat mental illness.

If you glean nothing else from this piece it’s that you should be very wary of games or novels or cinema that use mental illness as a crutch for lazy writing and design. It not only reflects on that writer or designer’s gross misunderstanding of mental illness but also how we as a society often fail those with mental illnesses when we consume media and entertainment that perpetuates these misconceptions. Think about how you would feel if this thing you’ve struggled with and tried to overcome is suddenly put in front of you as something to fear and avoid and even fight. How would you feel if you played a game where you ran from or attack or even murder characters with mental illnesses. It’s horrible and it pains me every time I see it in video games, the medium I believe rises above all else in its capability to deliver meaningful stories. I implore you to remember this and be more critical in the future.