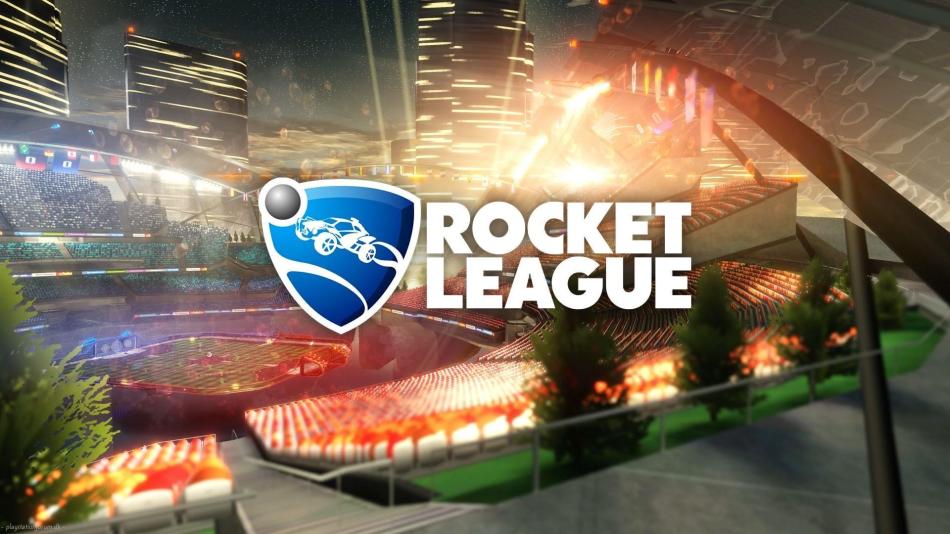 Rocket League is an action sport… car.. thing, game released for PlayStation 4 and PC on July 7th, 2015. It was developed and published by Psyonix Studios (@PsyonixStudios). For more info check out their site.

Psyonix’s sequel to the well received (but poorly named) hit PS3 game Super-Acrobatic-Rocket-Powered-Battle-Cars released on the PS4 in July as a part of the PlayStation Plus instant game collection. After spending several weeks playing this polished, rocket-fueled arcade game I can’t stress just how fun it is. It’s one of the finest arcade games I’ve played in quite a while.

The core concept of the game is somewhat simple, and very silly. It’s essentially football played with rocket-propelled cars. You can jump and flip to push the ball around and move it towards the goal. You can drive up the walls or around inside the net and pretty much do everything possible to try and get that ball into the opposing goal. Or sometimes your own, as a I did several times much to my team’s chagrin. Rocket League‘s main goal is for the player to always be having fun. The action never stops unless someone scores. The game is always moving and something is always happening. Even after games you can still practice while waiting for the next game to start instead of staring at a tedious loading screen. The game values your time and wants to get you back into the action as quick as possible.

Matchmaking is super quick. I never found myself waiting to get into a match for more than a minute. This is very nice in lieu of recent games that have had poor matchmaking. It ruins an otherwise enjoyable experience. Rocket League also shares servers with PC players which is very nice making the amount games available to join even greater. I didn’t try the PC version but if it handles as well as the PS4 version then it’s certainly worth your time.

Customization is huge in Rocket League. There are hundreds of collectables you unlock and can use to spruce up your car. I donned a sombrero and flew the Mexican flag from my car. I’ve seen people drive cars with top hats that spray money out of the exhaust or others with propeller hats that shoot bubbles behind them when they boost. It’s all very silly and fits wonderfully into the game. The only gripe I have with the customization is that it doesn’t actually effect your car’s performance. It’s all purely aesthetic. There’s no advantage from pimping your ride.

Rocket League is pure fun. It’s knows it’s very silly and owns it. It’s a great game to grab some buddies and play online or split screen which is how I played for the most part. Whether you’re looking to get into ranked matches and build your skills or just play around and have fun this game accommodates both. Rocket League masters gameplay, presentation and style in a way few games do and for this it deserves your time.